BACK TO TEST MENU

Every day thousands of people in the USA alone are beginning to fight cancer. In 2016, more than 4,600 individuals in the U.S. were diagnosed with cancer daily. The first step to fighting cancer is identifying its presence early, which can be a difficult and frustrating process.

According to studies performed by the National Cancer Institute and the American Cancer Society, individuals who identified 25 different types of cancer earlier had a greater chance of survival.

In combination with diagnostic tests, the IvyGene cancer test is another step towards winning the battle with cancer.

The IvyGenecode test is a blood test that measures the methylation status of cell-free DNA at target sites that have been demonstrated to be hypermethylated when certain cancers are present.

The IvyGene test can provide additional insight and is supplementary to other standard of care diagnostics. It provides a non-invasive option to aid in the following: 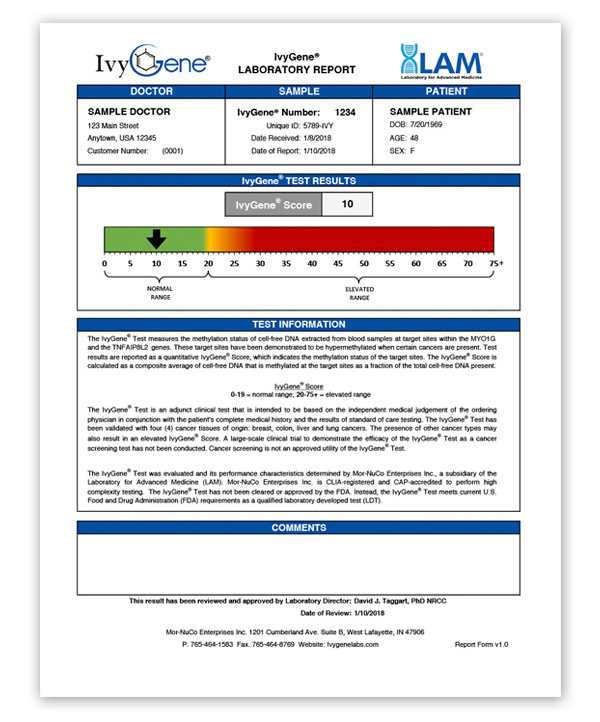 Evexia offers the ability to create your own CUSTOM PANELS from the tests we have in our catalog. Available for LabCorp test offerings, these custom panels are named by you and ready for easy ordering via our EvexiaLink feature.

Just review all of our tests via our test menu directory to decide which tests you want to include, then contact our client success team so they can create the panel for you. 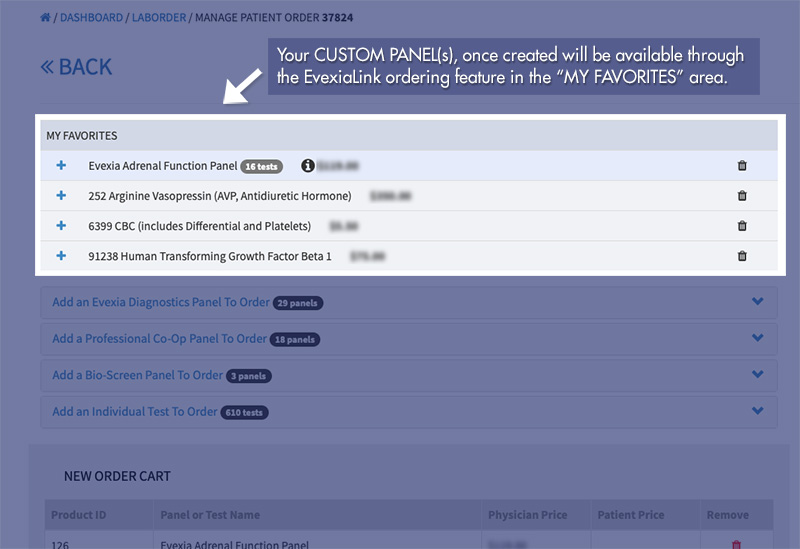 Contact our client success team at 888-852-2723 to start creating your custom panel now! 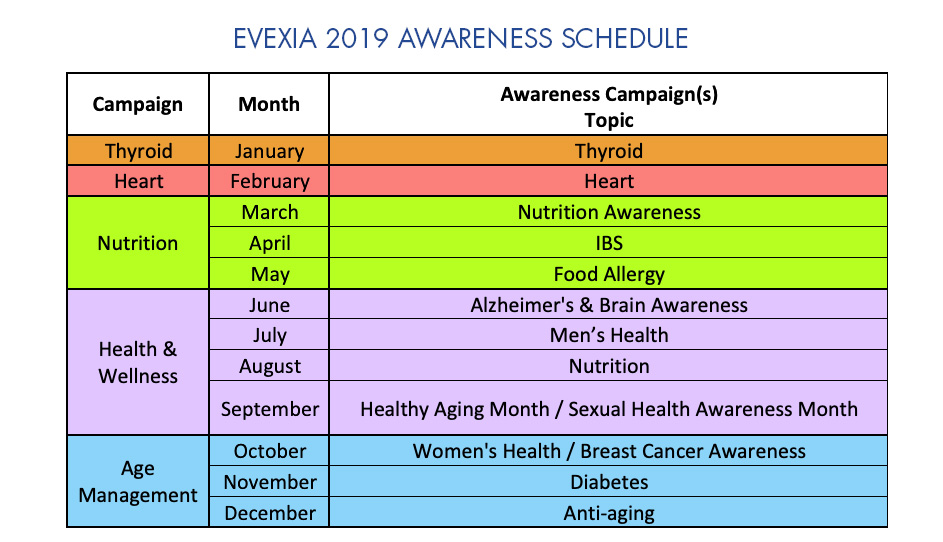 To Register for the
DETOX for Weight Management Course

Fill out the contact form and submit. Our team will
reach out to you to complete the sign up process.

Thank you for your interest in signing up.